Best VPN in China (Updated in Feb 2022), All VPNs are TESTED-Wallzhihu

According to a Chinese official news report quoted by the Central News Agency, the number of people using the internet in China has exceeded 900 million, and the number of online shoppers has exceeded 700 million. It can be seen that everyone's demand for the Internet is increasing. However, there is a so-called Great Firewall in China which is the combination of legislative actions and technologies enforced by the People's Republic of China to regulate the Internet domestically. Its role in internet censorship in China is to block access to selected foreign websites and to slow down cross-border internet traffic.

So we need to use VPN(a virtual private network) in order to bypass the Great Firewall (翻墻). In this article, I will introduce how to set up the VPN if you are in China, and tell you my own experience and also my personal SpeedTest. You will learn the following in this article:

Remark: I am not the company, I worked in the United States, and all the articles and speed Tests are done by myself. Many companies like to bluff their VPNs and some of them are not working. This is why I want to write this article to deliver my thoughts.

As I said before, there is a great firewall in China blocking Google Search, Facebook, Twitter, Wikipedia, and more. To access blocked sites and apps within China you will need a VPN, however, many VPNs don't work in China due to the update of the Firewall. We rented the servers in China and do a Speed test and conclude the best VPN in China. Before we start, let me introduce some basic technology related to VPN.

I did some speed test about these 4 VPNs. One can check the next paragraph.

StrongVPN is a recently emerging European and American VPN. Compared with the largest ExpressVPN in Europe and the United States, the price is much cheaper, with a minimum price of $3.6 per month (12-month plan (total cost of $43.99). ExpressVPN costs close to $6 Not only that, StrongVPN supports Alipay, but ExpressVPN does not. If you just want to watch YouTube or Facebook, I recommend StrongVPN. The StrongVPN website claims it's the “Best Multimedia VPN” and recommends support for services like Netflix, Hulu, ABC, HBO, and Sky Go.

For only $43.99 a year, it is faster than ExpressVPN. You can refer to the Speed Test below.

As the largest VPN company in the world, ExpressVPN provides instant update speed with its huge resources. Whenever the firewall is blocked, it can always repair the node quickly in a short time. At present, the success rate of overcoming the wall in China has reached 95%, and it is a European and American company with extremely high stability.

ExpressVPN provides four to five dedicated nodes in China. This node is optimized for firewall updates. Every time the firewall is updated, ExpressVPN will give priority to updating the server IP settings of the node to combat the firewall.

Surfshark is a relatively new VPN market that has risen rapidly in the past two years and has gained high exposure. Compared with ExpressVPN, the price is lower, but Surfshark’s advantage is that it can allow an unlimited number of devices to surf the Internet at the same time, which is suitable for watching Netflix with family members or relatives and friends. Compared with other ExpressVPN, NordVPN, etc., they only support five equipment. So if you want to save money, or if you don't need a particularly large amount of traffic, or if you want to buy with friends or family, Surfshark will be your first choice.

In addition to our personal test, we also attached pictures of our actual test as a reference. Compared with the hype of many bloggers, we put forward actual evidence to prove that Surfshark can indeed access the Internet in China.

Due to the continuous update of the Great Firewall of China and the White Order Policy, many VPNs such as Panda VPN, Lantern VPN, and Lightyear VPN have been sacrificed and cannot be used. Domestic circumvention software contends, and various new software and new circumvention technologies emerge in an endless stream. Flow VPN It stands out recently. After my own test, it can Bypass the firewall. It supports Alipay. Currently, there is a two-day free trial. Like other common VPNs, it supports five devices to access the Internet at the same time. There are many nodes to choose from. 24 hours and seven days customer service , and has a Chinese interface, the price is affordable, but the stability is not as good as ExpressVPN, Surfshark and StrongVPN.

VPN SpeedTest in China-StrongVPN is the best

Many big companies and bloggers like to bluff their VPNs. Most of them got a lot of money from the VPN companies so that they will write good articles for them. I start to use VPN ten years ago. I would honestly say that the VPN situation in China changes rapidly. Some of the VPNs like NordVPN and PureVPN are now working in China Now. However, many bloggers still recommend them.

I did the VPN tests for these 4 VPNs and provide the speed test results and plot them in the following: I compare the upload and download speed before using VPN. So your speed will not as the same as mine since it is based on your WIFI speed. I connected to Japan from 上海(Shanghai)。I found StrongVPN speed in Asia is faster than ExpressVPN。

To be honest, many bloggers suggest a lot of VPNs. But do not compare their prices versus month. Usually, you will get a better price if you buy two years rather than one year. I usually recommend buying a VPN for one year. If you only buy a month, it is too expensive, if you buy two years, probably it is too long and risky. I plot the price versus month for different VPNs. I got the following conclusion:

Choose Strong is the best for buying one year. You spend less and the speed is the best.

I have connected different servers in countries and compared the speed between StrongVPN and ExpressVPN. This is my result:

You can choose either one of these based on the common servers you usually connect.

Why you should not use Free VPN

I will give at least four reasons that why you should not use Free VPN in China.

1 Not suitable for bypassing GFW

At present, the more well-known free VPNs include ProtonVPN, Windscribe VPN, Hotspot Shield, and TunnelBear. The main users of these VPNs are located in the United States. The purpose of using such VPNs is that network transmission encryption is not bypass the GFW. Most free VPN manufacturers claimed that their free VPN does not support in China.

For example: ProtonVPN already claimed that they have been blocked by China Governments. They already surrendered.

Because it is a free VPN, it naturally needs advertisements to make money, otherwise, there will be no engineers to continuously repair the nodes, so your user experience will be very bad.

3 Security is not guaranteed

Because it is free, naturally there is no guarantee. You don't want your capital, email accounts, credit card passwords, etc to be stolen. You will be in big Trouble. No one can help. Compared with the paid VPNs of European and American manufacturers, there is no legal protection for free VPNs.

Since it is free, there is no guarantee. You don't know if some potential programs are running secretly when your software is running, such as secretly using your computer resources to mine cryptocurrency. Remember, if there is a free VPN? Then how can many paid VPNs continue to survive? It is precisely because free VPNs cannot continue to update and survive in this ever-changing market, so they must rely on something to maintain their income, that is, by selling users' personal information or secretly mining. Also, it is recommended not to download any VPN cracked version.

This question probably is the most frequently asked. The legal issue of circumventing the Great Firewall has always been of concern to everyone. According to the laws in China, there are roughly three situations as follows:

So if you want to watch YouTube videos on the Internet, chat with foreign friends on Facebook, watch Netflix's wonderful movies, or even read Arxiv journal articles, etc. You don't have to worry about legal issues.

This is the table that I created:

Any questions please comment below, I will try my best to answer these questions. 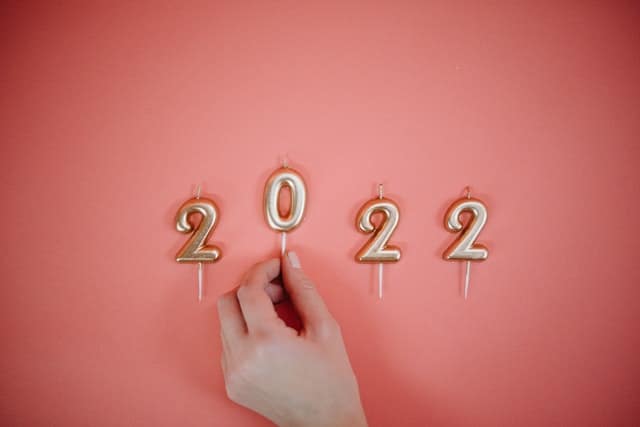